Move Your Fitness Business To Okfit

Questions? Get in touch with us for more information.

My experience with gyms

My experience with gyms

I was living in Bangalore, working an IT job just like most of the young people in the city. Even though I had never set foot in a gym, I considered myself fit. I was so wrong. Turns out, I was a thin lad with a history of eating disorders. 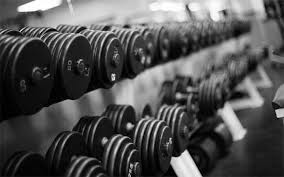 Anyways, I had this neighbour, a guy like me, working in IT. He would frequent this gym that was close to our house. Both of us lived by ourselves and we became friends since we had no other company. We started hanging out together. That’s when he persuaded me to join the gym he was going to.

Now that I think about it, the biggest reason I loved going to the gym was to meet my new friends there.

Fast forward 2 years and I’m living in a different area of the city now. The old gym I was going to is too far now. So I found a new gym close to my new house and started going there.

This place had a completely different vibe and no matter how hard I pushed myself, I could not continue going there for more that a couple of weeks. I would push myself to go there and then take a long 2–3 week break. Then I would manage to gather enough motivation to go again only to repeat the same story.

I spent some time thinking about why I did not have the same feeling here that I had in my previous gym.

Let me give you some context. This new area I had moved to belonged to the old part of Bangalore. It consisted of old residential houses and most people living here were locals. This was in complete contrast to where I was living earlier. That place was full of young professionals like me who were from different parts of the country and had made Bangalore their home. Living there, I never managed to learn the local language.

And that’s where the problem was.

In this new gym, everyone spoke the local language. I was not able to mingle as freely with people as I did earlier.

In short, I was bored.

Working out at this gym did not make me feel like I was part of a community. There was no added incentive for me to go there. I made no new friends there.

Working out is boring.

Doing the same task again and again is monotonous. There are no two ways about it. But having the company of friends makes the same task so much better.

The feeling of belonging and togetherness overpowers the monotony of the task.

This also looks like a big opportunity for gym and fitness studio owners. If they can create a feeling of community amongst their members, I’m sure it will go a long way in helping them retain their members.